Join us on a fascinating trip to the 5000 year-old site of Caral, a perfect destination for history lovers.

Itinerary Tour to the Sacred City of Caral

Rediscovering the Sacred City of Caral

We’ll picked you up at your hotel in Lima between 7:00 and 7:15am and we’ll leave Lima heading to the beautiful Supe Valley by bus. There we’ll find the remains of the oldest civilization in the Americas, the Sacred City of Caral. The trip will take around 3 hours until we get to the archeological complex.

Upon our arrival, we’ll begin our tour with a walking trail on foot with our professional guide, who will explain the history and significance of the ancient city. During our visit we’ll know the zone called the altar of sacred fire, a small temple in circle form in which there is a small pit where the offerings were burned as herbs, bones, seeds, and quartz. Another important section is the amphitheater temple, where you’ll see a sunken circular ceremonial plaza where it’s believed that the men of Caral carry out their religious ceremonies.

Then will go at the imposing Main Pyramid, an imposing building which dominates the site’s urban zone. According to the archaeologists the top of the big pyramid allowed the visual control of activities done in the city and big part of the  surroundings. The body of a youth was found here who appeared to have been sacrificed in honor to the gods, as well as wall drawings and shark’s teeth adornments. It’s believed the Main Pyramid represented Caral’s political, administrative and religious center. From this point we can appreciate the green valley of Caral located behind the pyramid.

The next stop is Huanca Pyramid, a small construction whose façade faces an enigmatic monolith nailed to the ground, thought to have been used for astronomic and ceremonial activities. All these ceremonies and rituals were intended to know precisely if the year was going to be good or not, as well as knowing the time to sow and harvest.
As we finish our visit we’ll leave the ruins of Caral and we’ll head to a restaurant in the area of Huacho. Finally we’ll return to the city of Lima, where we’ll arrive at around 5:00pm.

Important tour information "Tour to the Sacred City of Caral"

The experience that you will live on this trip

Tour: Tour to the Sacred City of Caral

TOUR TO THE SACRED CITY OF CARAL 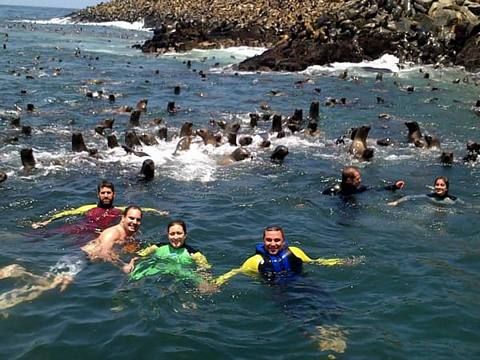 Come and have fun with us in the biggest attraction of lights, music and magic that the city of Lima offers to us. Enjoy your visit to the city of the Kings in a unique experience in the circuit with more number of water fountains according to the book of Guinness Record.

Be part of this fabulous night visit to the City of Kings, where we can learn the history of colonial and republican Lima, narrated by impressive squares, mansions and colonial churches, all illuminated to offer an unforgettable memory.

We will visit the archaeological center of Pachacamac where the Creator of the universe used to be venerated. This amazing site is made up of different places such as the temple of the sun, the temple of the moon, places of pilgrimage, and the museum of the square where was found an image of the god Pachacamac carved in wood. 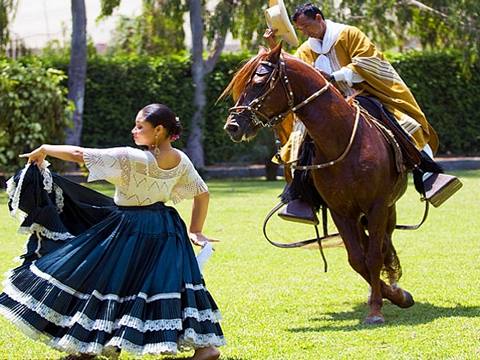 Learn about the fascinating history and culture Peruvian Paso horses and their riders, the chalanes during a visit to a traditional hacienda.

Paragliding along the Costa Verde in Miraflores

Take a tandem paragliding flight in the popular seaside district of Miraflores, where you&rsquo;ll enjoy scenic views of the Pacific Ocean and the area&rsquo;s garden-covered cliffs.

Undoubtedly the Peruvian gastronomy is one of the best in the world and is one of the most recognized today. During our tour we will go to a traditional market of the city where we will be able to see the variety of products of the different regions of Peru. We can also be part of the preparation of typical dishes and drinks in the restaurant Rosa Náutica that is located on the sea. Finally we will taste the delicious Peruvian food.

Immerse yourself in the history of the &quot;City of Kings&quot;. We will explore impressive places in a huaca with miles of antiquity, picturesque colonial houses and incredible cathedrals. Welcome, Lima is waiting for you!

See tour
See more tours
Inca World
👋 Hi! How can we help you?...