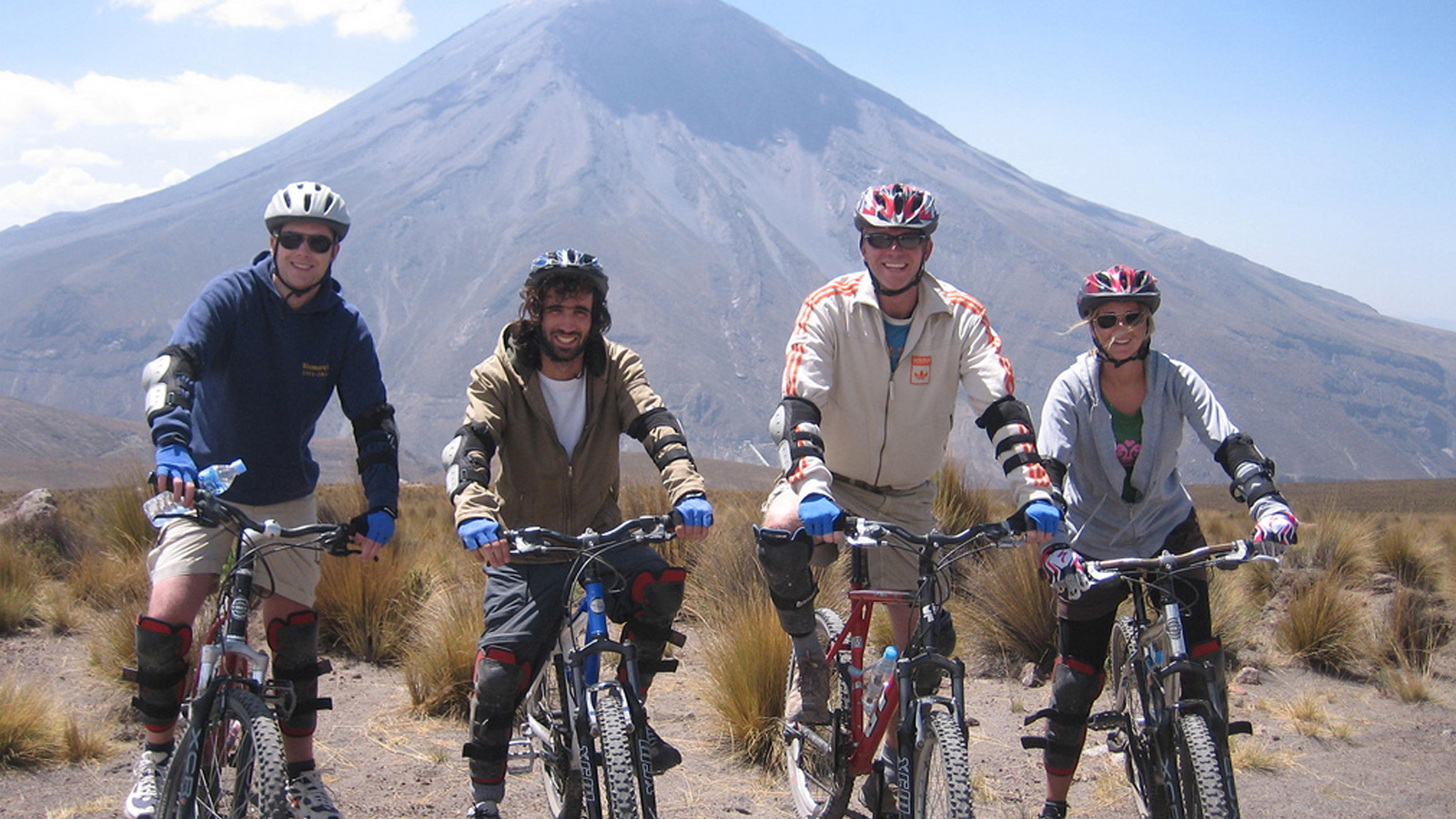 We will enjoy the spectacular views of the volcanoes, snowy mountains and the National Reserve of Salinas and Aguada Blanca in a speed tour through the Chachani volcano towards the city of Arequipa.

Downhill Biking along the slope of Chachani Volcano

At 8:00 am we will pick you up from your hotel in Arequipa to board the tourist-class bus which will take us to the slopes of the Chachani volcano.

We will pass through Zona Cabrerías, an area between the Misti and Chachani volcanoes, stopping at some interesting sites along the way.

Our starting point will be Azufrero, which is located 5,000 meters above sea level.

The guide will give us the instructions, explaining the safety measures we should take in different situations, and describing the route that we are going to follow.

The route is best described in three segments:

We can enjoy beautiful views of the mountains and volcanoes that surround us during the descent. As you pass through the mouths of the Salinas and Aguada Blanca National Reserve, you will have the opportunity to see some vicuñas.

We will descend 2,700 meters in 5 hours and 60 km, finishing our tour in the well known Carmen Alto viewpoint in Arequipa around 3:00 - 4:00 pm where our transport will be waiting to take us to each respective hotel In Arequipa. Tour to the Cotahuasi Canyon Rafting on the Chili River

1 Day
Arequipa
See more tours
Inca World
👋 Hi! How can we help you?...